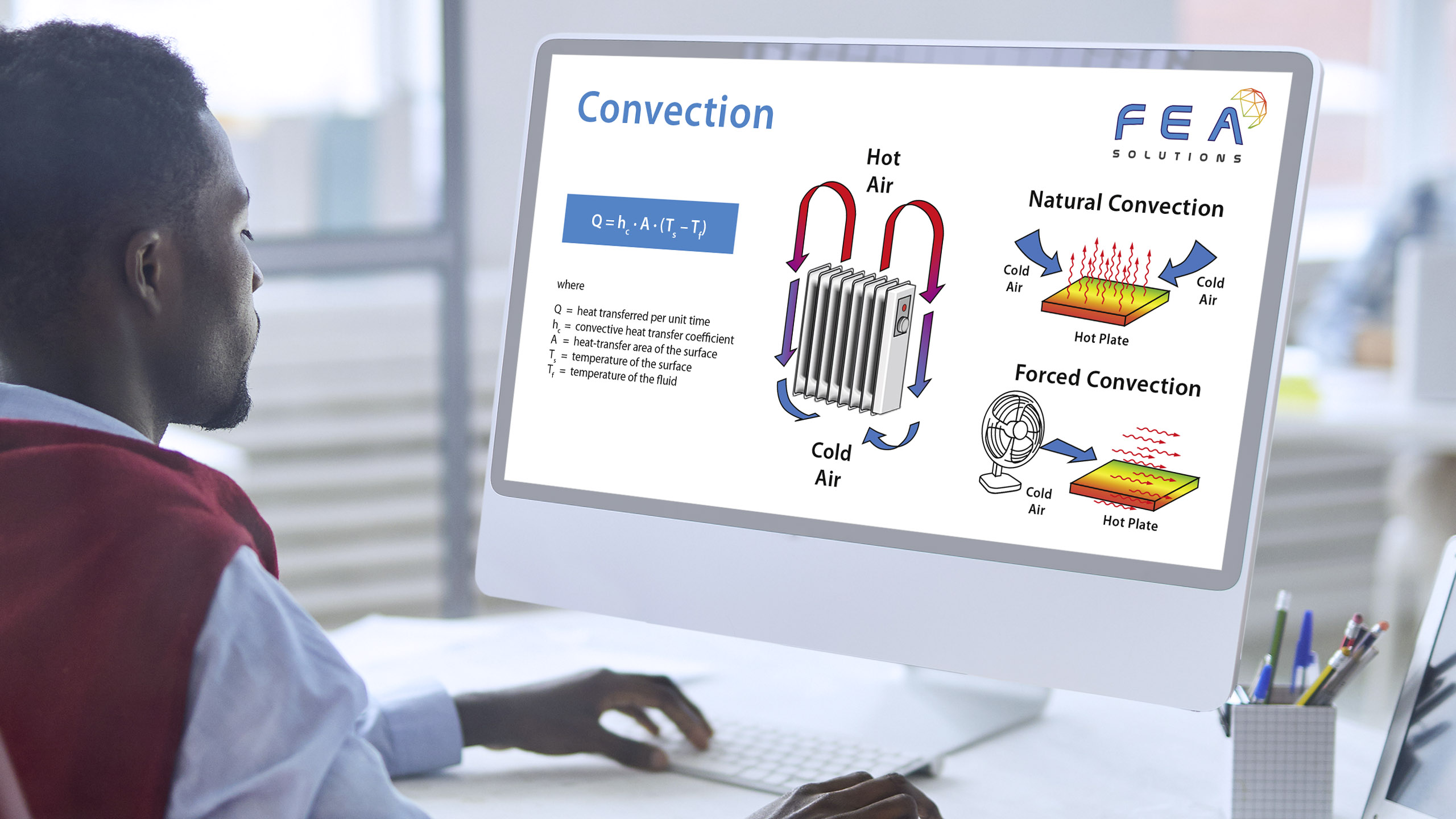 Posted at 11:41h in Uncategorised by Constance Fischer 0 Comments

Convection describes the heat transfer (https://fea-solutions.co.uk/heat-transfer-analysis/) through the movement of fluids (liquids and/or gases) or between fluids and solids.

When a gas heats up, it will expand in volume. This will cause its density to drop, compared to the surrounding cooler gas. Consequently, the warm gas bubble will rise, displacing an area of cold fluid which is denser. The latter will sink into areas which cause it to heat up, starting a cycle of heat transfer in a process called a convection current. This is called free convection or natural convection, as the current is independent of an additional. A household radiator is a good example of this. The radiator heats the air surrounding it, this air will expand and rise to the top of the room, forcing the cold air down, which in turn will heat up.

When a heat transfer analysis is performed on an assembly of solid bodies, without modelling the fluid, convection is implemented as a boundary condition, defined by a convection coefficient and an ambient temperature. The larger the coefficient, the faster heat can be transferred.

The convection coefficient can be obtained from data tables, or from CFD analyses, where it is referred to as film coefficient.