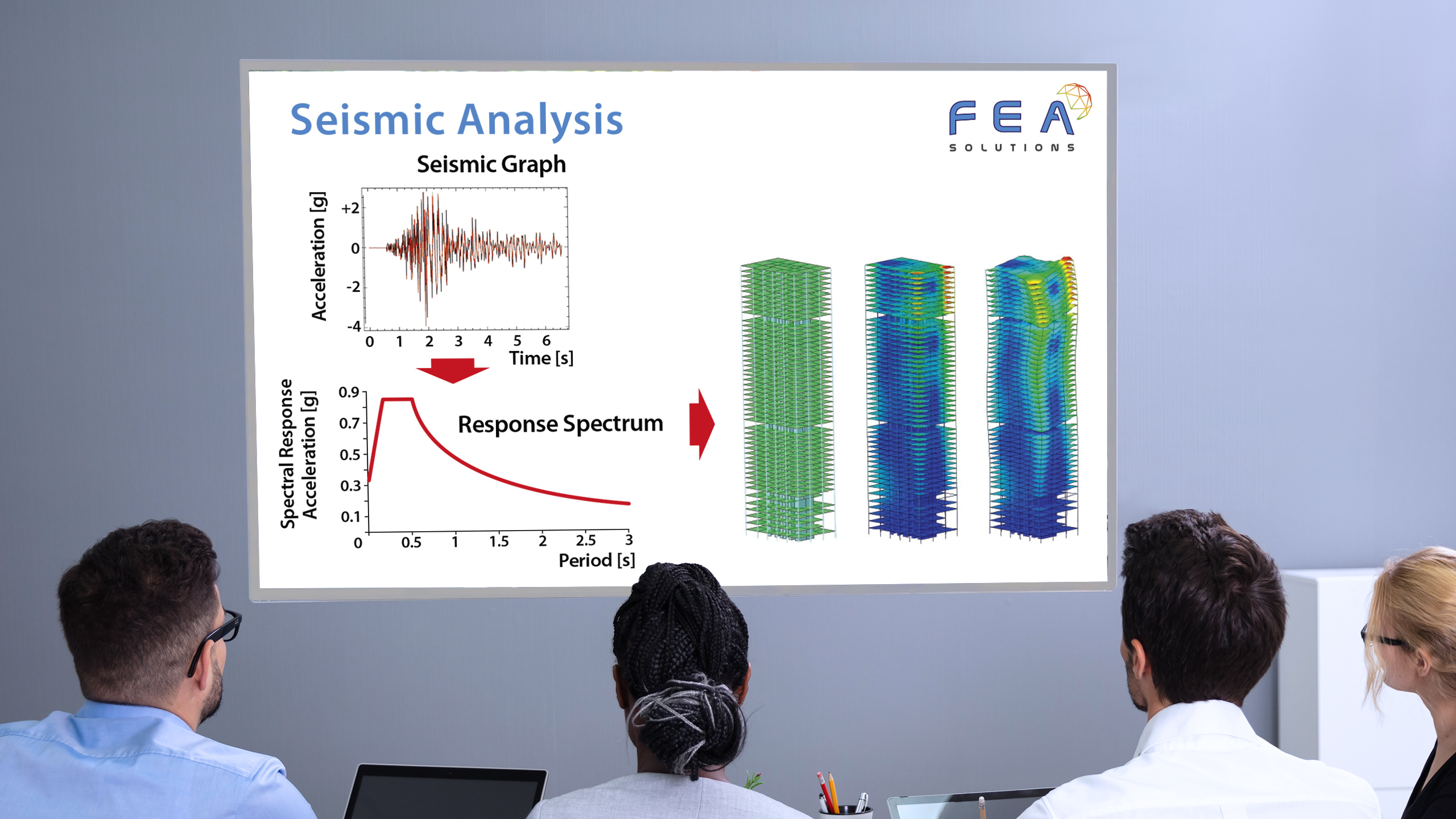 Posted at 10:36h in Uncategorised by Constance Fischer 0 Comments

Seismic analysis in FEA is predominantly used in civil engineering to evaluate a building’s response to an earthquake and the oscillations from it. The main parameters of the analysis are load carrying capacity, ductility, stiffness, damping and mass.

There are 2 common methods of seismic analysis:

In a quasi-static analysis, a time-dependent load is applied incrementally over a very long period of time. This means that the inertial effects on the body are deemed to be negligible, whilst the body (or building in the case of seismic analysis) deforms very slowly as well.

In seismic analysis, quasi-static analysis is often called a Pushover Analysis. This is because the horizontal seismic loads are applied incrementally until a ‘control node’ reaches a target displacement or the building collapses. The sequence of cracking, plastic hinging and structural failure in the model can be observed through a pushover analysis.

Depending on the building code used, it may suggest different load patterns and load force distributions, which is then used as the input for the Quasi-Static analysis being performed.